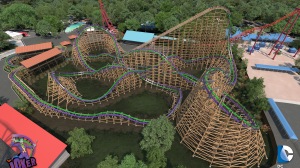 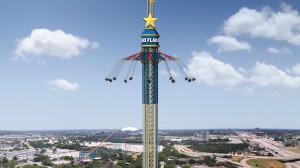 When this coaster was announced last September, I was puzzled. “Why would Six Flags put in a low capacity, low-thrill roller coaster?” Well, now I know why, because I was apparently wrong on the “low-thrill”. As described in the  NewsPlusNotes review,

The ride itself is fantastic.   The launches are quick and intense, but what really surprises is the abundance of airtime, which is enough to easily overshadow any other California ride.  Cresting over the vertical incline into the barrel roll as well as dropping off the “cliffhanger drop” offers unexpected doses of ejector airtime. The large barrel roll offers a huge thrill from the hang time you experience as you very slowly roll through.  And the base of the non-inverting loop gives some pretty decent positive Gs.

I heard some riders call it one of the best minutes on a roller coaster and many call this the most intense coasters on the west coast while ranking highly on people’s personal top 10 lists.  All in all, it’s clear the park has a real winner on their hands that deserves to be ridden by anyone who can make it to the park.

Every review I’ve read has described this as a thrill machine, and I am shocked to hear that this ride is forcing enthusiasts to rethink their Top 10 lists as they think it’s so darn fun!

GreatAmericanThrills was also at the park covering the opening of Superman Ultimate Flight, and they shot some great video of the ride with POV, interviews, offride and more. (Skip to 4:15 for the review of the ride)

This ride looks like a winner for Six Flags, and for the manufacturer Premier. This coaster joins the trending intense-compact coasters like the Intamin Zac-Spin model. This looks like a ride to influence, and finalize any coaster enthusiast’s trip to the Bay Area. 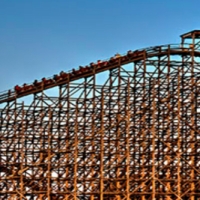 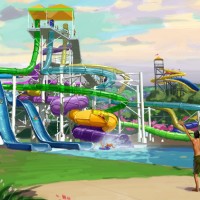 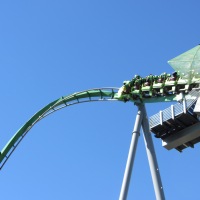