In a time of the year where theme park news stories are few and far between, hearing that 3 B&M roller coasters will be running backwards this season is big news.

Now we’ve seen backwards roller coasters before, and it’s been a but of a trend. Backwards wooden coasters, backwards shuttle launch coasters, but backwards B&Ms? This takes the concept to a whole new level. 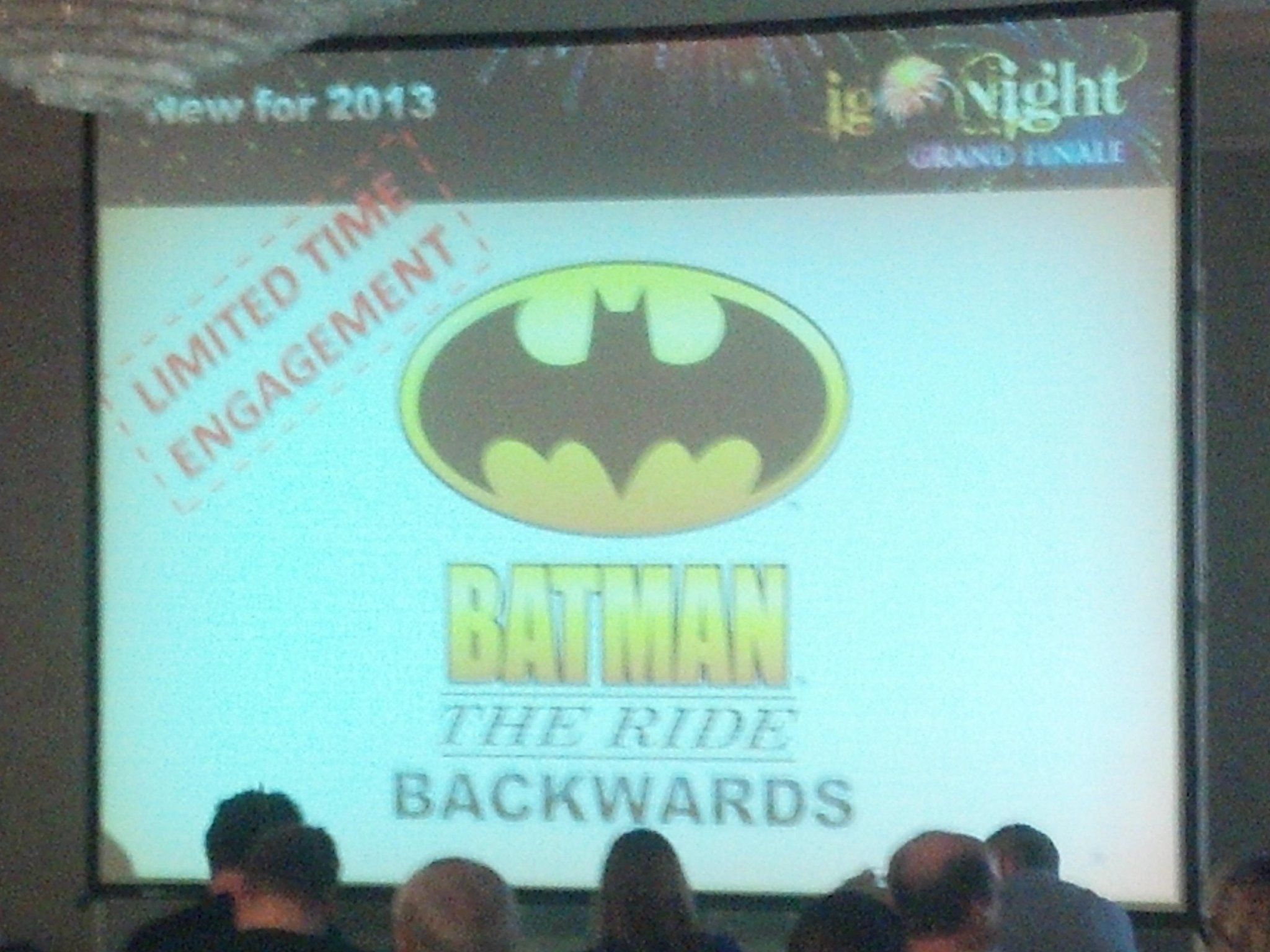 Six Flags Great America will be running the classic Batman: The Ride backwards, for a limited time in 2013. This is clearly the product of the testing at Six Flags St. Louis last season. Reports are saying that this makes for quite an intense ride, and that may cause this to be a very limited time offer.

Universal Studios Japan is putting trains on it’s Hollywood Dream The Ride hyper coaster backwards, starting on March 15. To my knowledge, this is the first hyper coaster to be running backwards, and with lap bar restraints and a drop of this height? Let the whiplash lawsuits begin!

Just now, Thorpe Park has come out saying that The Swarm will have the back 2 cars on it’s trains reversed, so you can brave the dive drop backwards this year. Personally, I’m shocked they would do this on such a new ride. Typically, re-branding and reversing seats is a last resort to keep a ride popular. But, I see this as a way to fill a void of nothing major for the 2013 season.

All of these rides running backwards is a big breakthrough, as we’ve never seen rides of this intensity running backwards before. We’re not sure if B&M is supplying parts to do train modifications, or if the manufacturer is even involved. But if this trail run is successful, we can look forward to many more backwards B&Ms in the future.